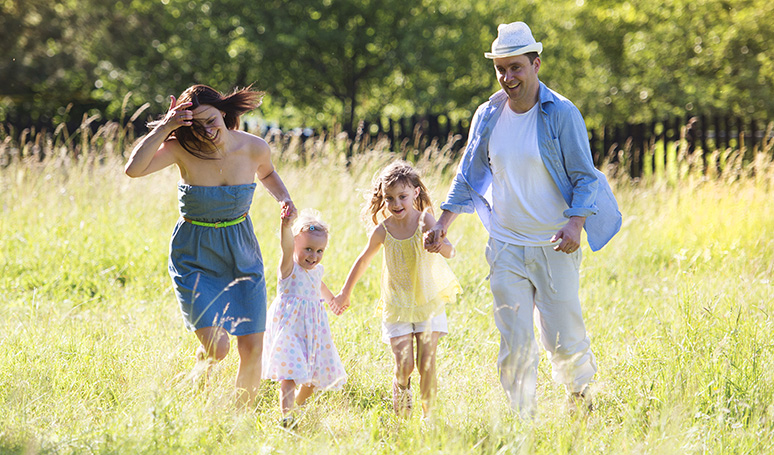 It’s unlikely that you’ll have missed discussions relating to the growing global concerns about how little time “in nature” children in the developed world now seem to be spending in outside and unstructured play.

Some surveys have shown that in the US, the typical young child spends less than 10 minutes per day in external and unstructured play but between 7-8 hours in their homes in front of technology screens.

What’s causing this and why is it potentially bad news for future generations?

At the time of our grandparents and before, it was the norm for children to be urged to play outside for most of the day. That was almost irrespective of the weather.

If the kids got cold and wet, they got used to it. If it was hot, they would find shade.

Some of the activities were organised sport but the vast majority were play and games that the kids themselves developed.

Although hard experimental evidence is hard to come by, contrary to expectations it seems that the development of technology alone hasn’t been the major causative factor. What has happened is that parents, the media and even schools, have increasingly reduced their support for external and unstructured activities and fed off each other’s mutual fears.

While many of these concerns are unfounded or highly exaggerated, they have nevertheless played a major part in helping to drive children indoors. There is a perception that society is seeking an absolute zero-risk environment for children and that may come with a heavy price in terms of undesirable knock-on effects.

Many experts have grave reservations over these tendencies. They point out that outside, unstructured and unsupervised play is often critically important in the development of healthy children, notably in:

What can be done?

Numbers of experts are working hard to help educate and raise awareness of these issues amongst parents, care providers, schools and the media.

There are some signs that encouraging developments are starting to take place but much work needs to be done. The legitimate concerns of parents need to be understood and dealt with but the end conclusion is clear. For the sake of both parents and children, we must get our kids back out into the natural world.