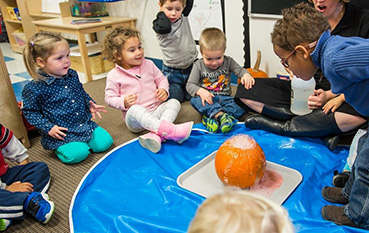 Why Is Early Childhood Education Important?

From the moment a child leaves the womb, it starts to learn.

In fact, some suggest it starts doing so before birth! 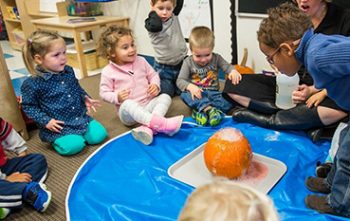 The human brain is a phenomenal thing. From birth or shortly afterwards, it begins to try and make sense of the world around it. The baby starts to understand and interpret sensations and stimuli such as hunger, comfort and smell. It also starts to experiment with how it can affect and influence its environment.

One of the subjects that historically generated considerable dispute amongst child development psychologists is that of what age a formal or structured education can start to make a difference.

In fact, modern science tends to indicate that education starts almost immediately when the mother (or other primary care provider) interacts with the child. Making faces, reflecting back an imitation of the baby’s sounds, playing with the child, these things all help in the formation of neural connections. This is part of helping to construct the basic “architecture” of the brain – helping it to become more receptive to further learning.

By contrast, babies and younger children who receive reduced attention and play interaction levels (or stress) may suffer visible negative effects on the formation of their neurons – something that may impede their eventual ability to learn.

It therefore follows that the more effort that is made at earlier ages to engage and stimulate the child’s development through structured play and learning, the better they may be positioned for future development.

Up until the age of 5 or so, most children are capable of being very flexible learners.

During those early years, structured education (usually in the form of play-related activities) are critically important. That is both in the home as well as in any nurseries or day-care centres.

Many of the child’s attitudes towards education will be formed in those critical years and challenge/stimulation is essential.

This isn’t just about learning “facts”. Evidence is now clear that children who learn how to socialise and interact well with other children around them are much more likely to become well-rounded socialised individuals when they grow up.

Early childhood development activities are important but they must be mirrored in both day-care centres and the home.

This partnership is essential and if successful, the children will benefit accordingly.