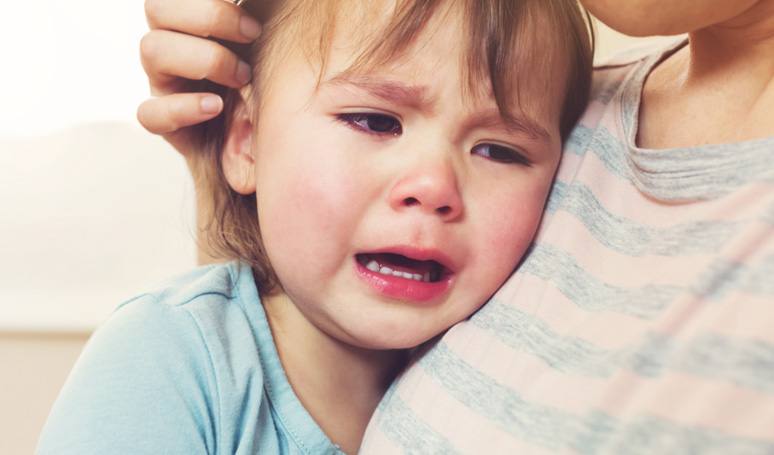 Why are Toddlers Moody – And What Can You Do About it?

Have you ever experienced your toddler smiling benignly one second then apparently devastated and screaming the house down the next – and for no obvious reason?

Almost all toddlers can be subject to massive and apparently illogical mood swings.

The causes of these are relatively well-understood:

What can you do?

In truth, there isn’t anything you can do to guarantee that your toddler won’t experience these sudden apparent mood swings. They go with the territory of growing up.

You can take some consolation from the fact that although we use the term ‘mood swing’, typically this is unlike the adult experience of the same name both in terms of causes and critically, duration. Most younger children will be fine and the upset forgotten within a few minutes of it happening.

There are a few points worth considering though:

Mood swings and associated crying/tantrums are not classed as behavioural problems during the toddler years. Very rarely they may continue into school-age children and if so, some professional help and advice might be beneficial.

We have seen all such behaviours many times previously and know that they are nothing to worry about. We have many loving techniques for helping children settle back down quickly.