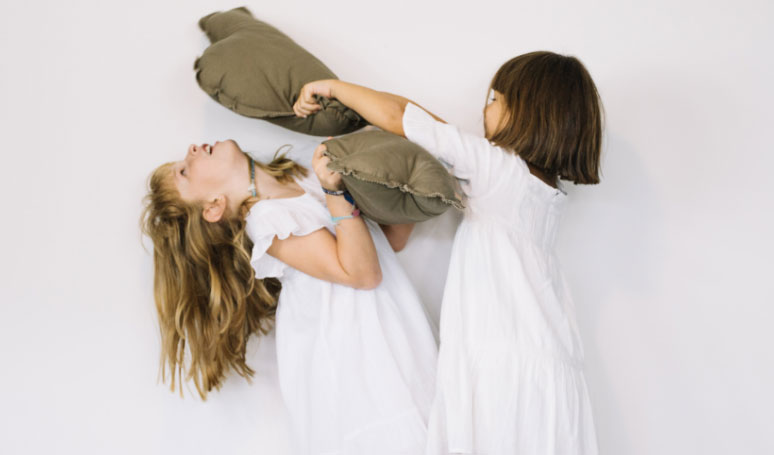 When Do you Step in on a Sibling Fight?

Unless you’re very lucky, sooner or later you’ll find your children will fight with each other – and you’ll have to act!

When should you step in on a sibling fight?

The answer is simple – as soon as possible.

Why do siblings fight?

There is literally a multitude of possible reasons.

In younger children where the ages are relatively close, many fights will fall under the auspices of ‘pecking order’ disputes. It might appear to be toy-related or whatever but in reality, they’re flexing their muscles against each other to see who is top dog.

This is perfectly normal and part of our animal instincts.

In other instances, it might be related to seeking increased parental attention.

Fights between siblings with significant age differences are much rarer and it might be cause for concern if an older child is bullying their younger siblings.

Older siblings, moving into their teens, will typically fight over more concrete ‘things’, such as who has what bedroom, who uses the bathroom and when – and so on.

Is this only a boy thing?

While these scraps are perhaps more commonplace between boys, at younger ages girls may be as inclined to fight as boys and fighting can be between boys, girls or girl versus boy.

Gender differences tend to become more pronounced with age and cross-gender physical fighting becomes much rarer with fighting between brothers becoming more commonplace than that between sisters – though there are many exceptions.

Intervention and stepping in on a sibling fight

To be clear, we are discussing here where an argument is about to upgrade to a physical fight. Verbal squabbling will happen all the time and if you intervene every time, you’ll be exhausted!

However, if you sense an argument is about to transition to a physical fight, it’s best to move fast:

Some causes of fighting can’t be so easily addressed. They are usually those relating to emotional issues such as one child believing the other is getting more parental attention.

All responsible parents try to divide their time as evenly as possible between their children and this should be continued. You can also try taking them both out for a little treat by way of reassurance for the ‘injured party’s feelings’.