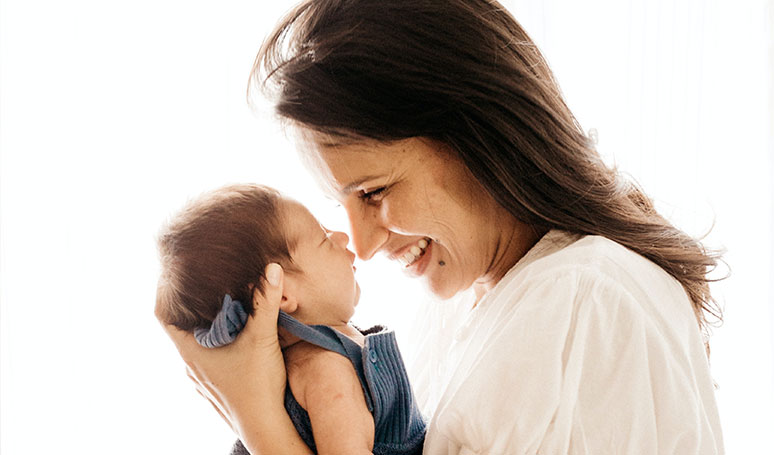 In our daily lives, we’re all aware of ‘body language’ – even if we don’t always recognise that we are!

Much of this is generated and recognised at a subconscious level, however, if you pay attention to the signs, they can be a big help in understanding your baby’s behaviour.

What is ‘body language’?

Strictly speaking, this isn’t behaviour in its widest sense. If someone gets angry, that’s behaviour but it is usually something the person concerned is aware of.

By contrast, body language consists of signs that are given off that indicate things such as our moods, reactions and feelings, even if we’re not aware of them or indeed are trying to hide them.

Some body language is totally or largely beyond our control. An example includes when you see someone you find attractive, your pupils will typically dilate.

Other body language can be controlled – once you’re aware of it. An illustration of this is the natural inclination to fold your arms across your chest if you’re either feeling impatient or defensive. You can stop yourself from doing this if you choose.

In the case of babies, these signs are far more subtle but they can give clues to your baby’s feelings, moods and behaviours.

These we are all familiar with.

A baby doesn’t need to ‘think’ about smiling if it is happy, contented or amused. It just happens and tells you that baby is enjoying life at that moment.

Frowns are usually just as easy to spot, often involving a furrowing of the brow just as in adults. They’re a fair indication that your baby is at best puzzled but also potentially concerned or annoyed. It’s often a precursor to crying or a tantrum.

Moving in quickly when you see frowning can stop that in its tracks.

Babies usually open their eyes wide and their mouths may open too, in situations where they’re shocked or afraid. Their pupils might also dilate.

This is often some time before they move to crying. In most cases, a baby’s reaction is over nothing other than the unknown but again, quick action can prevent fear arising.

Sometimes a baby’s face will start flushing red around the cheeks. They might seem distracted and irritable.

Providing there are no other systems, as generations of parents quickly discover, this usually indicates that a bowel movement is either on its way or underway!

Speed with the potty might be advisable and it’s a good sign to help with early potty training.

Sometimes this behaviour is intentional, fun and usually part of game playing and learning about the body.

However, sometimes it’s an automatic reaction where the baby is showing that they’re very uncomfortable with something they can see. In the case of toddlers, the equivalent is when they rush to hide behind a parent.

This can indicate fear or simply concern about the unknown. It can also arise with things that are to adults, surprisingly innocuous like the baby can see a vase they’re afraid of.

Try to identify the cause and gently show it’s fine before the tears start.

Babies will fairly regularly throw up something they’ve just eaten or will do so at times just at the sight of food in a bowl.

If this only happens from time to time and there are no other symptoms, it’s probably something that’s ‘normal’.

It’s just the baby’s body indicating there’s something it doesn’t like. It could be the smell, taste or texture. It could also be that it’s something the baby hasn’t had before.

Don’t try to force the baby to eat and take the food away – even if only temporarily. If symptoms persist then you should consult your doctor.

This can be terrifying in younger babies and sometimes even unconsciousness may result.

The causes may, usually in older children, be behavioural but more commonly and especially in babies, it isn’t behaviour as such as it is beyond their control.

The reasons for this are simply not understood. They can’t be attributed to any obvious behavioural cause.

It’s rarely serious and most babies start breathing again normally after say 30 seconds or so but do ensure you’ve had basic baby emergency first aid training just in case.