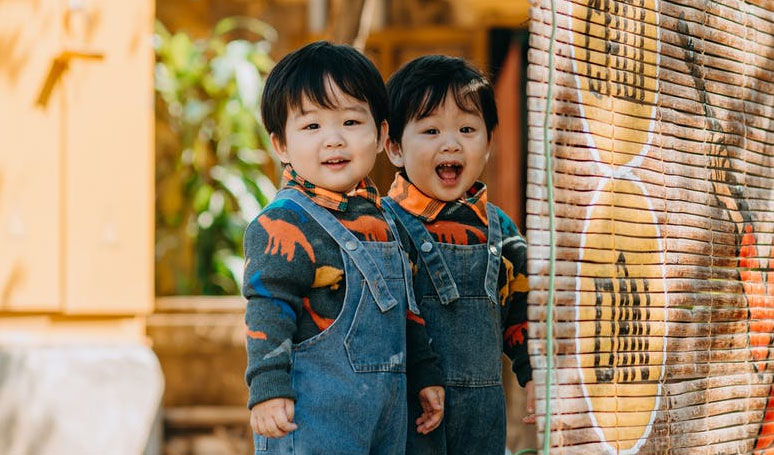 Understanding the Different Types of Twins

It’s not unusual to see someone looking admiringly at boy and girl twins and then asking “are they identical”?

To understand why confusion arises, let’s look at twins.

All pregnancies start with a sperm fertilising an egg. What happens then can vary.

Sometimes, the fertilised egg (technically called a “zygote”) divides almost immediately. The now two eggs travel into the womb and imbed themselves.

These are two zygotes that will grow independently of each other but because they came from a single fertilised zygote originally, they will have the same DNA.

The two children that eventually develop will be called “identical twins” due to this shared genetic structure.

Sometimes, a woman can produce two eggs in one cycle and both may be fertilised. However, by definition that cannot be the same sperm. Therefore, although they may then move to the womb and develop just as per identical twins, they will have different DNA to each other.

There are numerous misconceptions surrounding twins:

Sometimes a zygote may, for unknown reasons, divide once it is already in the womb.

The end result of this is still identical twins but this late split might also result in the twins, as they develop, either:

Neither of these two conditions is necessarily a very serious state but it is a complication that may increase certain of the risks associated with pregnancy and the normal development of the child in the womb.

Both will require additional ante-natal monitoring and specialist care. It’s likely that the hospital will recommend an earlier delivery to reduce the risks to the twins in the womb.

There are some exceptionally rare (and sometimes disputed) cases where a process called “superfetation” occurs.

This means that a second egg has been fertilised and implanted into the womb after the woman is already pregnant. Although still technically called “twins”, in reality, one embryo may be some weeks older than the other.

There have only been a handful of such cases reported in human beings across the world and virtually all were associated with various forms of fertility treatment.

Some experts argue this cannot spontaneously occur in humans but if it does, your doctor may suspect it’s due to one twin being markedly further developed than the other – though there are several conditions which might cause that.