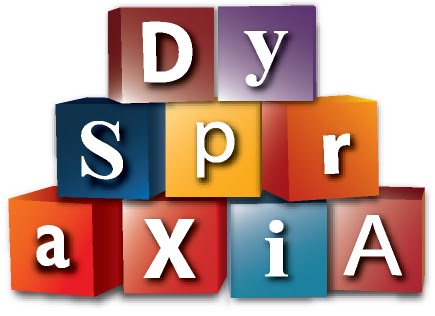 Have you heard of “Clumsy Boy” Syndrome? (Dyspraxia)

There are some conditions that DO affect predominantly one gender or another. One of those is called “Dyspraxia”, which is mainly found in males (the ratio is about 4 out of 5 cases).

Don’t let the term scare you or get worried! This is all perfectly normal.

This is a (usually) mild neurological disorder, estimated to affect about 10% of the population. However, many of those affected may have symptoms that are so mild as to make them almost asymptomatic.

Large numbers of people may have had dyspraxia throughout their entire lives without realising it.

What does it do?

The effects are highly varied and range from very minor (commonly) to potentially life-changing (rare).

It is very frequently first noticed in schools and care centres, when affected younger children appear to be making slower progress than others in areas such as drawing, painting, modelling and early writing. In fact, teachers and care providers often notice signs before parents.

The symptoms may go unnoticed until later school life when they can be seen in children struggling to remember things, master cursive writing, finding it difficult to tie shoelaces, not being as efficient as others when riding their bikes or seeming to find difficulties with racquet/bat sports and other general hand-eye co-ordination tasks etc.

In rarer cases it can affect speech, walking postures due to balance problems and behavioural moods etc.

The fact the condition is predominantly found in males and the symptoms often first noticed in childhood, explains why at one time dyspraxia was commonly referred to by even professionals as “clumsy boy/child syndrome”. That term is no longer in official use, though it is still heard in some sections of the public and media.

Does it affect intelligence?

No! There’s no need for concern there at all.

The condition is not related in any way to the inherent intellectual capabilities of a child.

Science doesn’t know – the cause is unknown.

Medical research believes it is related to motor neurones not fully maturing in the person concerned or being slower to do so. This has not yet been proven.

If you’re thinking about it, dyspraxia is not dyslexia.

Can it be caught?

No. It is not infectious at all.

There is very strong evidence that this is a genetic and inherited condition with a father-to-son dimension in many cases. There is some suggestion in scientific circles that the genes have been provisionally identified.

Is there a cure or treatment?

There is no known cure.

However, there are some very encouraging things to keep in mind:

How is it diagnosed?

It is impossible to look at a child and diagnose dyspraxia. There is no single test.

Normally parents who thin this may be an issue will speak to their family doctor and ask their opinion. They will typically refer the family to a specialist in child cognitive development.

It may take a number of evaluation sessions spread over some time before a diagnosis is confirmed.

What happens in the longer term?

The vast majority of children with dyspraxia suffer no significant longer-term effects and lead normal lives. Either spontaneously or with the help of special exercises, they may well overcome the symptoms by adulthood.

In some cases, the effects may be more severe and require longer-term focus and therapies.

Keep in mind though that if your child is sometimes a little clumsy or slightly behind in their reading skills, it may mean nothing at all and you really shouldn’t worry.