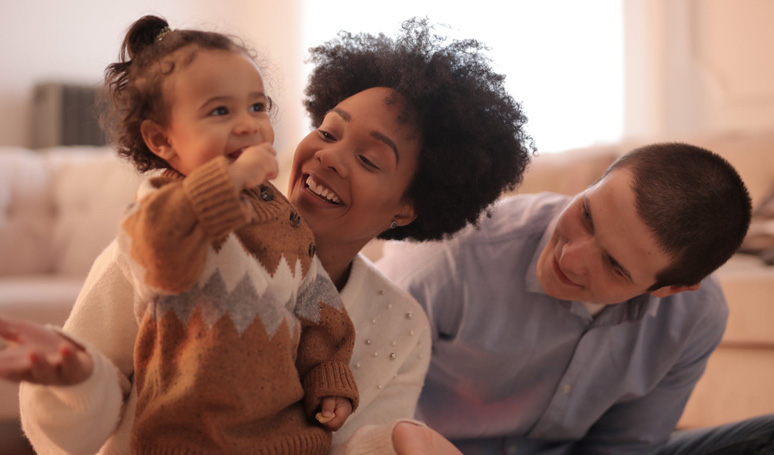 Do Babies have a Sense of Humour?

This may sound an absurd question but incredibly, research shows that babies as young as 2-3 months show signs of enjoying ‘a joke’.

Science hasn’t yet really come up with an answer to this.

It’s not at all clear why human beings need humour or how it has developed through evolution. Its purpose is equally unclear.

What is known is that some of our ape relatives seem to also have this characteristic.

There are many cultural variations around the world and what one culture (or individual) finds funny can leave another baffled. Even so, human beings seem to have some generally shared ideas when it comes to what they find funny:

Traces of some of those can be seen in very young babies.

An almost universal game with babies is ‘peek-a-boo’.

At around 3-12 months, most children only really relate to visual games like peek-a-boo because their language skills are still undeveloped.

It’s unclear whether babies like the pretend surprise of the ‘boo’ or simply like seeing adults around them behaving stupidly. Whichever, by a few months your baby should be responding positively to this sort of game.

Perhaps for those over 4-6 months,it is the misuse of an object. This might involve a parent putting a cushion on their head when sitting down etc. Most children will find this initially to be excitingly baffling then shortly after, very funny. They’ll often try to emulate it themselves and find it hysterically funny.

Finally, your baby will quickly discover the comedy in slapstick. This can manifest itself in throwing food around and laughing or pouring their juice over a sibling’s head etc.

Do all babies have a sense of humour?

The answer to this is probably yes but again, research and sure-fire facts are hard to find.

Babies aren’t interested in statistics or where they fit on a chart and each one will develop its own unique sense of humourat the age they’re ready for it.

However, much baby and early-toddler humour involves interaction with others. So, if you’re trying to play games with your baby and they are consistently unresponsive and seem to find it difficult or impossible to smile, it may be worth getting a professional opinion from your doctor. They may refer you to a child development specialist.

When humour becomes a problem

This is almost never seen in babies but by the earlier toddler period, (say 18 months-3 years) your child should be showing signs of being able to use verbal humour of their own.

That might involve changing words for their own amusement, such as “I’ll like eating dogs” and to get you to laugh. Around the age of 3-5, it’s quite likely your child will experiment with verbal jokes involving bodily functions such as ‘poo’. Around the same time or a little later, they may move into what’s called the “mean phase” where their jokes become more insulting to others, e.g. “you look like poo”.

That phase might also correspond with children finding it funny and slapstick to push other children over or ruin their painting etc.

None of these things is cause for concern. They’re just phases that will pass with explanation and help from parents and care providers.

However, in some rare cases, the use of bad language and physical actions can become excessive and systematic. In such cases, professional advice may be required.