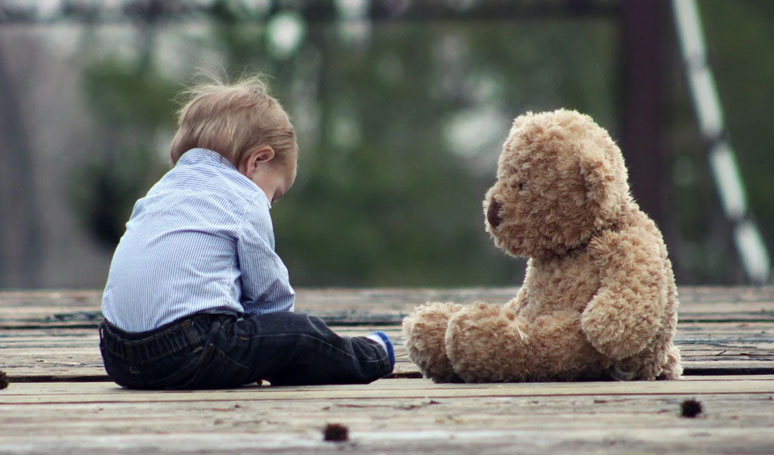 Children and their Imaginary Friends

Children may have imaginary friends. Contrary to some parental beliefs, this is usually a very good sign.

Children and their imaginary friends – ages

There is no firm age threshold here. It has been noted in children as young as a little over 2 but that is unusual. More commonly it is seen in the 3-5 age range and typically most children have lost their ‘pal’ by around 9 or earlier.

It may last longer and that in itself is not normally cause for concern.

How do you recognise an imaginary friend?

The symptoms may vary hugely.

The most common is perhaps seeing your child playing alone but happily chatting away. However, it might not always be clear if they’re talking to their imaginary pal or simply to themselves – it could be either.

You might see them setting a pretend place at a picnic or pulling up a chair for their friend to sit on.

There is also a fine line between a child thinking of a toy as a friend and having an entirely imaginary one.

Why does my child need an imaginary friend?

This is not clear but it seems linked to the need for some children to give a creative outlet to their imagination.

There is some evidence to show that children with imaginary friends tend to be more sociable and creative in later stages of development.

Contrary to some myth, there is no inevitable correlation with ‘loneliness’ but that might also be a factor in some cases. This type of creativity can also arise when children are experimenting with controlling their own environments and want to have someone they can easily control and predict – more so than is typically possible with other children and siblings etc.

Can imaginary friends be a bad thing?

This is often at the heart of many parental worries and that might have its origins in how often horror films have visited this as a storyline!

However, let’s dismiss immediately some unfounded rumour. Having an imaginary friend does NOT mean your child is:

However, in a tiny percentage of cases, there are some warning signs you may wish to take note of. For example, if your child:

Don’t panic if you see odd instances of these signs but if they start to become frequent, it might be sensible to ask your GP for a referral to a specialist who will advise further.