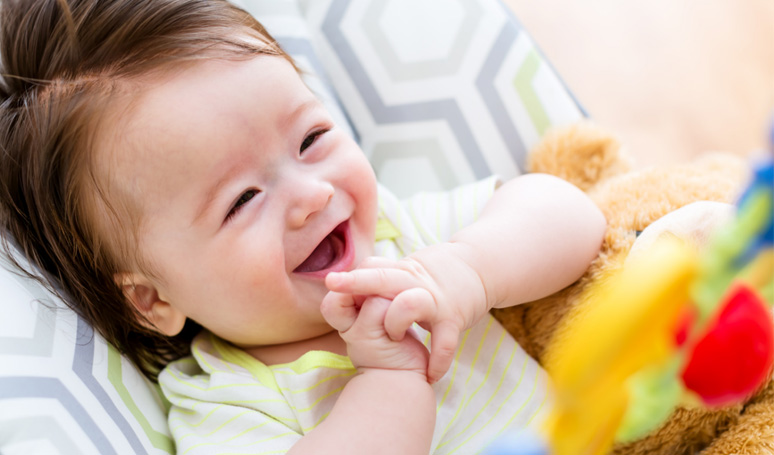 Are You “Giving In” Too Much To Your Baby?

The question of how much attention to “giving in” your baby has been the subject of huge amounts of discussion for, literally, centuries.

It has also led to some schools of thought, particularly popular in 19th century Europe, that somehow, it’s possible to spoil a baby by reacting to it too frequently.

This idea is now widely, though not universally, rejected.

We should declare immediately that much of this discussion has to be opinion and common-sense based. There is surprisingly little hard scientific evidence to say one way or another which approach is ‘best’.

What is “giving in”?

Most parents are aware that babies will quite frequently demand attention. That is usually in the form of crying.

The idea that going to attend to them in such situations risks spoiling the baby, is based on some overly-simplistic reasoning:

Scratch beneath the surface though and that logic doesn’t make any sense.

It doesn’t take into account that the baby is probably crying for a concrete reason. It is exceptionally unlikely that babies have abstract objectives when crying, along the lines of “I don’t feel I’m the centre of attention anymore”. So, when they cry it means one or more of the following:

Most experienced parents will confirm that babies without any of the above will often quite happily keep themselves occupied. Looking around, studying toys and so on – all these things can leave a baby happily cooing and gurgling/babbling away for lengthy periods. In such circumstances, they typically don’t constantly seek parental attention.

This must therefore say that a crying baby isn’t happy for one or more reasons. That is something most parents would wish to respond to in order to identify the cause and put it right. Deciding not to respond, to avoid the risk of ‘spoiling’ the baby, seems strange in that context.

Is it always simple?

Of course, as many experienced parents will tell you, there are some ‘grey areas’ that can test the above.

Take the classic example – putting down to sleep.

Babies love being cuddled closely. It offers them warmth and human contact. They can smell the person concerned and sense their breathing and heartbeat. Being taken from that environment and put into a cot must seem very strange and potentially quite discomforting. It therefore shouldn’t be a surprise if the baby objects accordingly!

Some babies may be very consistent in their demands to be picked up again and although it is debatable, the more you do so, the more you may find it difficult for your child to accept their cot.

The solution here is often to try and make the transition a slow and phased one. Place the baby down but stay with it, maintaining some human contact via hands and voice until the baby is settled. Once physical contact is broken, stay around so the baby can hear you for a while in the room.

If they do cry, give them attention but do so by hand and voice to begin with rather than necessarily picking them up (unless they are distressed).

In this way, you’ll communicate “I’m around” when they feel in need of reassurance.

Our view is clear. The idea that you can spoil a baby by responding to its crying for attention is misguided and outdated. There is no significant evidence or intuitive reasoning to support that viewpoint.

There are possibly a few special situations where you may need to phase in your attention, such as the example above.

In general terms though, if your baby is crying, attend to it. You will do no harm at all.